(February 28, 2020 / JNS) Fashion designer Breezy (she goes by her first name only) had it all planned out. In order to get her spring clothing line to stores for the upcoming Passover shopping season, she had to have her merchandise by Feb. 28.

Retailers catering to Orthodox Jewish women—a key segment of shoppers for her Love & Laughter line—were counting on it.

Those plans, however, were made long before anyone had heard about a new coronavirus now known as COVID-19. The deadly virus first found in China in late December has now spread to at least 40 countries, killed more than 2,800 people—the vast majority in mainland China—sickened as many as 83,000 others globally, and shut down Chinese towns, cities and factories.

“I got a little bit of my clothing line before the shutdown, maybe 10 or 15 percent,” says Breezy, a resident of Long Island, N.Y., who also owns a housewares store. As housewares have a longer shelf life than fashion, she is able to keep sales going with that business even if she doesn’t get new spring merchandise.

“I have a lot of money tied up in China,” she acknowledges. “They have all my deposits, and my merchandise is either halfway or nearly completed. But I don’t know when I will get it.”

“It is,” she adds, “a really bad game of limbo. It’s particularly stressful to me because I’m a single mom and the sole provider for my children. I look at my numbers: What will my income be, what will my bills be? I don’t know how I will fill that gap in income.” 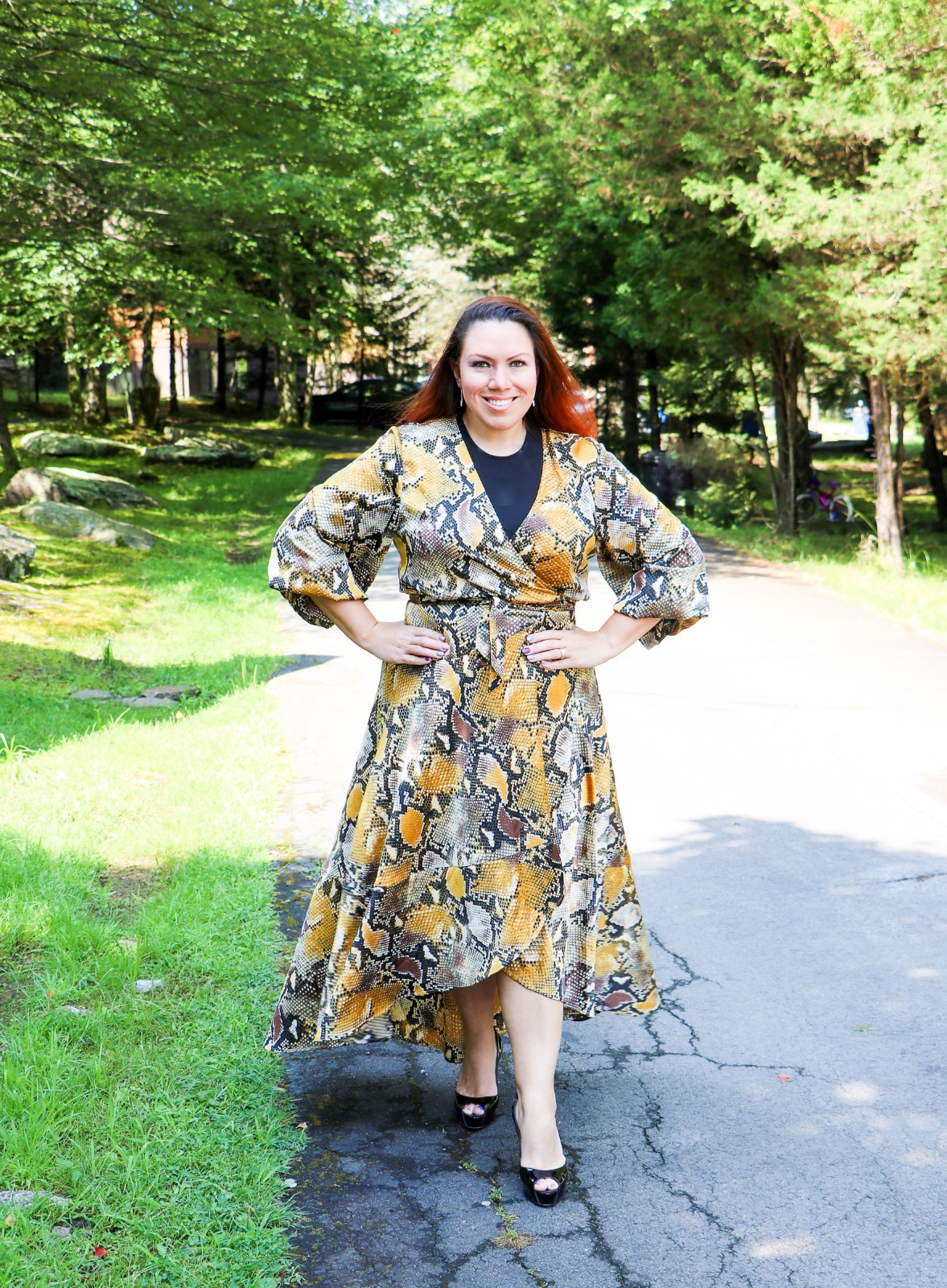 Concerns about a lack of supplies are battering industries worldwide as the coronavirus spreads and the shutdown in China continues.

“China is the world’s plant; most everything, at some point, is either made in China or has parts that go into that are made in China,” says Rudolf Leuschner, an associate professor of supply chain management at Rutgers University in New Brunswick, N.J. “The world’s supply chain is so interconnected, it doesn’t need to be the actual item you are buying that’s affected” for the impact to be felt.

And, he continues, it’s already becoming an issue, as some suppliers aren’t able to get the merchandise they need. “Pharmaceuticals is one of those areas I’m most concerned about,” he says, because some raw ingredients needed for specific medicines are produced in China, and “we don’t have the capacity to build them.”

The tourism industry is also being hard hit as plane routes are canceled and travel advisories continue to grow as the virus spreads.

Eliyahu Shoam, owner of Keshet Tours in Israel, has had to cancel some of his company’s planned tours to Asia—some of them as far as five months from now. “We had about 150 reservations for China that had to be canceled,” he notes.

He says it’s affecting all the travel agencies in Israel large and small; with some of the larger companies having to give unplanned vacation time to workers because people are concerned about travel. For Israelis who are looking to travel, Shoam notes that they are “filling up domestic hotels.”

Still, he is hopeful that his planned kosher-for-Passover program at a hotel on the island of Koh Samui, Thailand, will go on without problems. (The island holds one of the world’s largest Passover seders with nearly 1,000 guests, though not through a private Passover program.) Shoam is running the program with a tour operator in Australia, and says that “about 80 percent of our rooms were sold before the corona [struck], so for two weeks we haven’t gotten any new rooms sold.”

Nor have they gotten any cancellations, though if things get worse that may change. 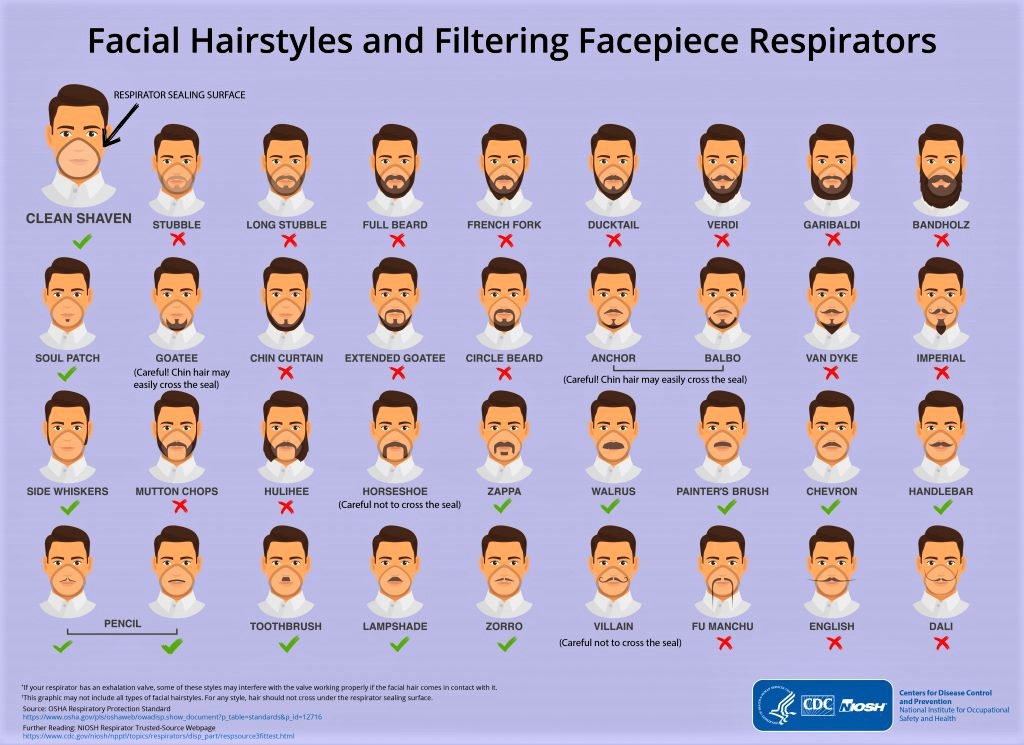 Instructions for those with beards on positioning a face mask to prevent the spread of the coronavirus and other communicable diseases. Credit: Centers for Disease Control and Prevention, 2017.

Repercussions in the kosher-food industry

For agencies that supervise kosher food, the outbreak came after the majority of production was completed for kosher-for-Passover items, which account for $1.5 billion in food sales. Also, because factories were closed for the Chinese New Year, most of the rabbis who oversee kosher-food production lines were already out of the country.

“We had a production of some canned food that needed to be canceled and that was going to be for Passover for one distribution here in America, but most things for Pesach were produced already, so I don’t think there will be much impact this year,” said Rabbi Avrohom Mushell, administrator of the Star-K kashrut agency’s China and India division.

According to Mushell, his company has a group of seven supervisors who travel back and forth to China to ensure kosher-food products meet rabbinic standards. They are simply waiting to hear when they might be able to go back to work.

The situation is the same at the Kof-K, another supervising agency.

According to Rabbi Binyamin Berkowitz,” normally, we send a mashgiach [‘kosher supervisor’] to China for a two-week stint, then they come home and go back—balancing family life and work, as they are all married.”

What will happen once the factories are up and running will likely mean longer trips and less time at home. “It’s not ideal,” says Berkowitz, who also notes that over the next few months, his staff would be spending less time in China because of the upcoming holidays of Purim and Passover, when they have time off.

Both companies also maintain an office in China staffed by Chinese residents. Those offices are now closed, though they have been communicating with the rabbis and working from home.

Not every food company, however, is faring well. Chinese restaurants are seeing sales plummet in some places because of fears of the coronavirus.

Among them is Golden Chopsticks, a kosher restaurant in Toronto. Sales are so bad at the 23-year-old restaurant that COR-Kashruth Council of Canada sent out an urgent plea to Jews in the metropolitan area to patronize the restaurant.

“Many members of our community are staying away for fear of eating Chinese cuisine prepared by cooks who are Canadian residents, but who are originally from China. Business is so bad that Golden Chopsticks may be forced to close,” said the COR. “The York Region Health Inspector yearly guarantees the public’s ability to eat at Golden Chopsticks without any concerns and did so again recently. This sign of approval is prominently displayed in the restaurant’s window. As an added precaution, all food is now prepared with surgeon’s plastic gloves and clinical masks.

“Our kosher establishments are part of the fabric of our community, as are their proprietors, and we should not abandon them,” the statement continued. “Golden Chopsticks has served our community for many years, and we urge you to continue supporting them so they can serve us for many years to come.”

Even if the quarantines in China end next week, that may not be fast enough for businesses relying on China for goods and materials to recover.

Says Leuschner, “Even if this goes away in a month or two, it will take longer than that to get back to normal because you’ll have a bottleneck of shipping containers moving across the ocean.”

“The big conversation has become, will there be a sales season this year?” questions Breezy, who belongs to a WhatsApp group of Jewish women businessowners who are being impacted by the coronavirus outbreak. “Right now, most companies have their winter stuff on sale. You put the winter items on sale for the spring collection coming in, but we don’t have spring stuff coming in. So come July, when we would put spring stuff on sale, will we even have merchandise?”

TLG Vivion Says: Questions to Ask Yourself About Working in Retirement